Mirco is an Italian sound designer and has directed many projects within the film, video art and music industry. He’s also the creator of the Sonic Research concept. He has designed, directed and supervised sound editing on over 400 movies involving directors such as Michelangelo Antonioni to Ferzan Ospetek, and many of his film projects have premiered at major film festivals around the world, exhibited also at Guggenheim NYC, MOMA NYC, Pompidou in Paris, MAXXI Museum in Rome,including Yuri Ancarani’s trilogy (“Il Capo”, “Piattaforma Luna” and “Da Vinci”), Paolo Benvenuti’s “Puccini and the Girl” and Antonioni’s “Michelangelo Eye to Eye”. He is the founder/ artistic director of S.A.M. Recording Studios [Lari] and the S.A.M. Cinema/TV Post-production Studio. He has directed and recorded music ranging from jazz to classical, from pop to experimental, from Ornella Vanoni to Tony Scott and from Irio de Paula to Frank Sinatra’s pianist Eddie Wied. He has curated the recordings of lyrical works of directors such as Zubin Mehta and RAI live recordings. He is a regular guest on radio/TV and has worked as a consultant, lecturer and instructor on all the key elements of sound, noise and vibration on both sides of the Atlantic. He taught sound design at various venues, including the Syracuse University (USA), CPM (Milan, Italy), etc.

He has been invite many times in different cinema festival (France, Spain, etc.) and television broadcasts such as at RAI1, Canale 5, etc.

Mirco has inspired the movie "Red like the Sky" that tell his story and the documentary “Le immagini di Mirco”. 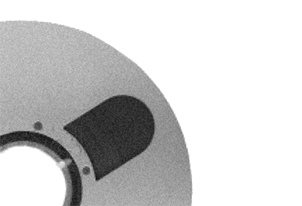